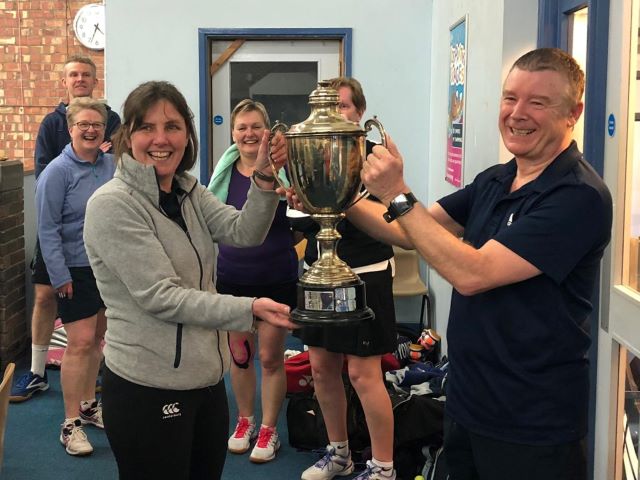 It seems a lifetime ago now but….

On Sunday 15th March eight teams took part in the annual handicapped cup competition. The tournament took the form of two groups who played in a round robin style against the other teams in their group. The winners of both groups played against each other for 1st and 2nd place and the runners up in each group played for 3rd and fourth.

The play off final also was a very close event with games tied at 3 each at the end of mens, ladies and mixed events and so again it came down to points with Capenhurst Vauxhall the eventually winners 107 points to 93. Christleton 3 were third winning 4 games to 2 in the play off.

Huge thanks to our Tournament Secretary, Louise Nesbitt, for organising this and to everyone who took part in what was a very entertaining afternoon of badminton.